Welcome to the TZM newsletter for the summer of 2014. It’s been a bumper season for events symptomatic of the collapse of our moribund paradigm. All around the world the human family have been working overtime in their roles as agents and victims in…

As the Ukraine is pulled apart in the currency war between east and west, another Malaysian Boeing 777 is lost in a dubious incident.  Theories abound as to the connection between this and the disappearance of flight MH370 on March 8th of this year – including unsubstantiated claims that this is the same aircraft, and was secretly flown to US military-controlled Diego Garcia island in the Indian ocean.

News sources indicate that US and Russian intelligence identifying the most likely missile launch site shows personnel in Ukrainian army uniforms, as well as the presence of a Ukrainian air force fighter aircraft flying in the wake of flight MH17. They also show that Ukrainian air traffic control re-routed the aircraft 3oo miles north of its scheduled route, placing it over the war zone.

Despite having no robust proof that MH17 was shot down by pro-Russian forces -not to mention the aforementioned intelligence to the contrary – the EU and US have placed trade sanctions against Russia. It is interesting that this has occurred so shortly after Vladimir Putin and his BRICS partners formalised their agreement to launch the New Development Bank, a major platform for bypassing the hegemony of the IMF/World Bank/US Dollar, which currently accounts for 85% of word trade transactions.

The Islamic State – the group that had its genesis in a partnership between the Mujahadin and CIA – has been simultaneously fighting against President Assad in Syria – with western support – and wreaking havoc across Iraq, prompting western airstrikes and humanitarian aid. Proclaiming their goal as the establishment of a new caliphate in the lands of the former Ottoman empire, Isis appears to be curiously disinterested in the fate of Gaza, the ex-Ottoman region most beleaguered at the hands of pro-western forces.

And regarding that tragedy, it appears that resources may once again be the reason behind the violence. Reports show that off the coast of Gaza, lies a field of some 1 trillion cubic feet of natural gas, over which BP has been in drilling negotiations with Tel Aviv – despite the fact it is technically a Palestinian asset. Some interesting commentary on the Gaza crisis can be seen at www.youtube.com/watch?v=iXRO1YFreNA

In Westminster, The government has lost Baroness Warsi, the poster child for Islamic inclusion who has resigned over the inadequacy of the UK Government’s reaction over the crisis.

In Missouri, USA following the fatal shooting of Michael brown an unarmed African American teenager, we have seen riots reminiscent of those in the UK in 2011 triggered by the shooting of Mark Duggan. Missouri has declared a state of emergency and imposed curfews. Once reporter was threatened with being shot by a police officer after he tried to film riot squads in action.

In London, Wikileaks founder Julian Assange has stated he will soon leave the Ecuadorian Embassy, where he has been an asylum seeker since 2012. Although he has not been charged either in the UK or Sweden over alleged sexual assault claims, police have maintained a constant vigil outside the embassy for 2 years at the cost of £6.4 million. The truth evidently hurts someone…

And it’s been a sad week in the world of popular entertainment, with the loss of much-loved humanitarian actor and comedian, Robin Williams who took his own life at the age of 63 – in parallel with our friend Mike Ruppert in April of this year. Having struggled with debt, depression and addictions, his fate serves as a powerful illustration that the toxic effects of bio-psycho-social stress are not limited to those at the lower end of the socio-economic gradient. 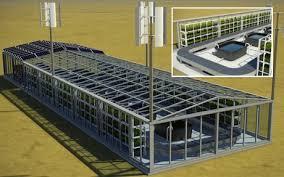 TZM activist Douglas Mallette, founder of Cybernated Farm Systems needs your help in promoting the company in a technology design contest. CFS is developing automated, solar/wind powered aquaponic greenhouses capable of producing sustainable food in the most remote regions, off the grid. These systems represent an import step towards a resource-based economy, giving their users the ability to meet their needs whilst bypassing the monetary system – using money to kill money!

Hello everyone. CFS is entered in a contest called Create the Future and we need your votes. No money. Not a lot of time.  Just a minute or so to give us a click in an effort to reach the top of the list.  Voting is open until Sept. 5th, so please go here to help us and share this far and wide.

Scotland – a resource-based oasis in a desert of decline?

September 18th marks the date when Scots get to make a historic choice: Do they remain chained to a hubristic and moribund austerity regime, debt-ridden capital of Ponzinomics and frack-enstein dystopia of energy policy? Or do they break away and do what Scots have always taken a pride in doing – take the lead in tackling world challenges with innovation and courage?

Jeremy Rifkin reminds us that new paradigms result from  the confluence of new technologies in energy, communication and logistics (see www.youtube.com/watch?v=3xOK2aJ-0Js).

With the contributions of James watt, Alexander Graham Bell and John Logie-Baird to their credit, and with vast potential for Wind, wave and tidal power capture, the time has come for the Scots to break their chains and seize this opportunity as the sun sets on fossil fuel energy and its dinosaur vested interests. Not by adopting a cloned copy of the same rusting medieval apparatus they’re escaping from, but as pioneers of the third industrial revolution.

Let’s do our bit to use this remaining time to nudge them along as best we can. Write, email, Facebook, Tweet and blog to the yes and no campaigns, Green party for Scotland (a leading yes campaigner), SNP, Alex Salmond and any other interested parties you can find, and urge them to consider this vision before casting their vote. So get googling. Maybe soon we can look forward to seeing a new Sam Vallely production – Braveheart 2! 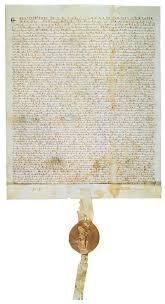 As Roxanne says, we are an emergent society, not an established one. Consequently, all established institutions – however well designed and intentioned they may be at their conception – will inevitably become obsolete and irrelevant over time – as of course we are seeing today. So those with a vested interest in perpetuating these institutions will inevitably turn to ever more cynical and self-preserving tactics as their existence becomes more of a hindrance and less of a benefit to the population at large.

On November 1st, 2014, the Treaty of Lisbon comes into force, which gives the centralised EU bureaucracy legal control over a comprehensive range of citizens’ rights in Britain and other EU states – including police powers on UK soil. This power consolidation represents an in group restructuring a declining establishment in an attempt to prolong its life artificially. The eventual collapse of such an empire is the inevitable conclusion in a historically repeating cycle.

UKIP – although they do not offer any RBE-related solution – have produced this concise video explaining the situation: www.youtube.com/watch?v=_X_xuKjOCKE

Although the English are not getting the vote for independence from Westminster,  security clause Article 61 of the Magna Carta, 1215 – their ultimate constitutional authority – guarantees forever their right to Lawful rebellion against a government that is deemed to have broken its contract with the people. For details see magnacarta800th.com/schools/the-25-barons-of-magna-carta/

In 2001, a committee of 25 Barons of the House of Lords invoked article 61 in response to unlawful infringements against UK sovereignty by the EU. Of course, we at TZM have a different perspective on why we are eligible for lawful rebellion – the obsolescence and non-fitness for purpose of the socio-economic system itself.

However , Lawful rebellion is none-the-less a strong platform from which to withdraw our consent from the ruling orthodoxy, and clear the way ahead for the great transition. Not to mention the fact that for those of us who are self-employed, that money we’ll  no longer be paying in tax will come in very handy for building that home aquaponics system and starting that local 3d-printing club!

Anyone who wishes to officially enter into lawful rebellion can do so by sending an oath of allegiance by recorded post to one of the barons. For help and advice, go to www.facebook.com/groups/388605611224816/

Credits: This Newsletter was written by Dave Lucas.