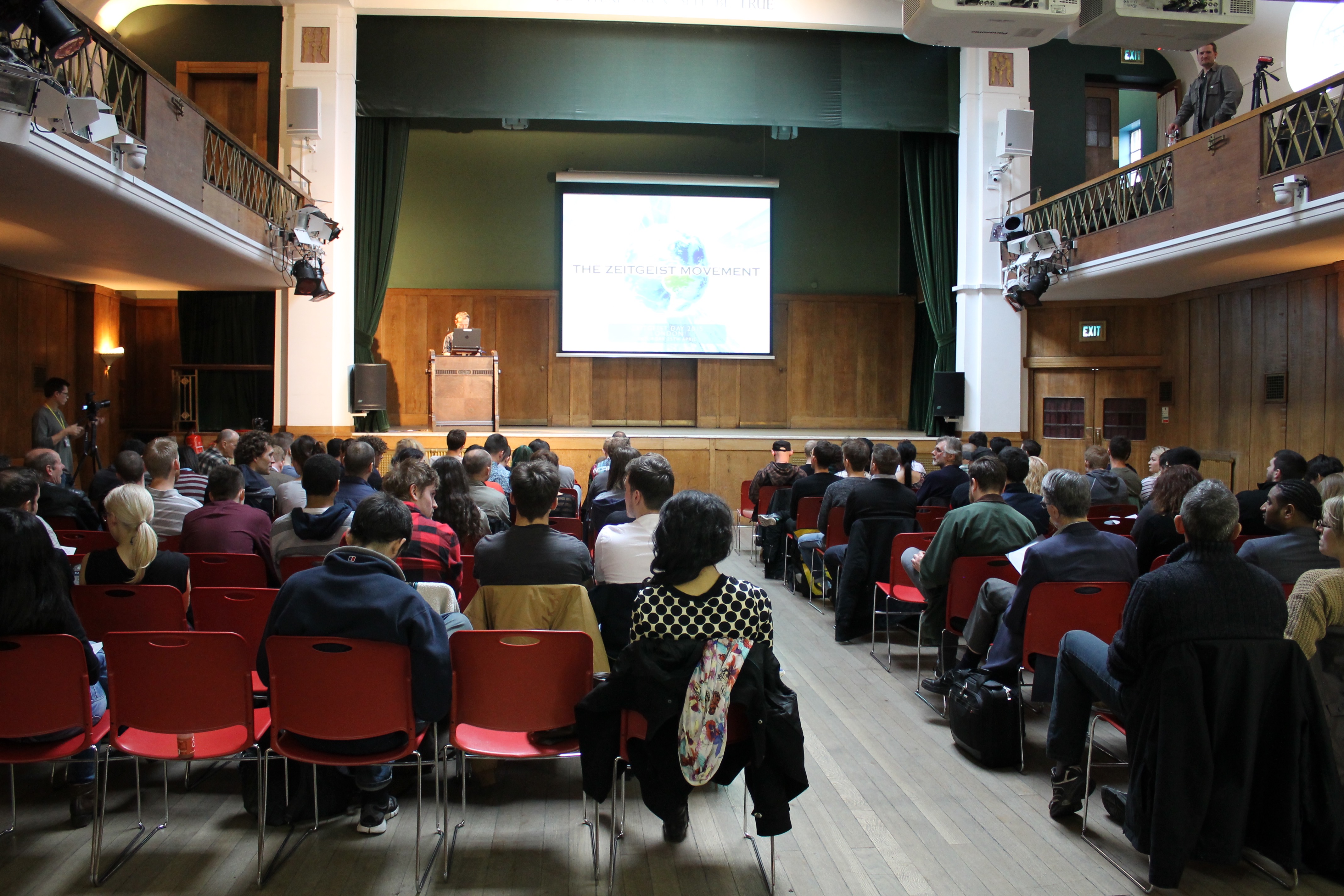 Why ZDay? ….Why The Zeitgeist Movement?

The Zeitgeist Movement is a global sustainability advocacy organization and we warmly invite you to attend our annual event in London this year.
In the last year we have seen further validation of the issues the movement has been seeking awareness and intelligent resolution in since its inception.
Our technological capacity to create global abundance through the exponential increase in dematerialization and automation continues at a staggering pace. We live in a powerful new epoch of possibility where we can elevate humanity to a new social state of peace and stability, while restoring the integrity of our shared habitat.

We also see global stagnation of employment due fundamentally to the displacing of human labour by the aforementioned advance in technology as well as a continued state of poverty and increasing wage immobility.

The global “class war” seems to be hitting epic proportions with it now estimated that 1% of the worlds population will own half the world’s wealth by 2016.

The war on nature also continues unabated with a recent study by the Marine ecology progress series stating that in a business-as-usual
scenario, our demands on planet Earth could mount to
the productivity of 27 planets Earth by 2050 (www.int-res.com/articles/theme/m434p251.pdf)

Z-Day 2015 London presents a series of brief talks focussing on these interconnected, complex and crucial issues focusing on everything from income inequality, employment, ecological destruction and our increasingly incompetent political and economic responses.

These will be described in contrast to the concepts that underpin the socio-economic model the movement advocates to resolve the root cause of these issues (A Natural Law Resource Based Economy) and how TZMUK intends to further the communication of this train of thought.

The emphasis this year is to seek participation and collaboration from all in attendance to work together in moving the cultural zeitgeist into a brighter future for all humanity.

David Dann (TZM London) kicks off the day with an introduction of the Zeitgeist Movement – why it exists, how it functions and what its goals are.

Ben Dyson (Positive Money) will then explore the mechanisms of fractional reserve banking, its failure in delivering economic stability via debt fuelled growth, and possible ways of addressing such failures.

Martin Wilkinson (The Equality Trust) will outline the debilitating affects of income inequality on human health and some ways in which we may go about reducing these negative tendencies and increase income equality.

David Wood (London Futurists) will address the ‘elephant in the room’ being largely ignored by politicians and economists. That being technological unemployment and some of the potential risks and benefits the coming wave of technological advancements will bring for society.

Dave Lucas (TZM London) will delve into the third industrial revolution as described in the work of Jeremy Rifkin as a context for introducing the many ideas and groups that people can get involved in that are attempting to make efforts to transition away from the current infinite growth paradigm.

Finally James Phillips (TZM Education) will provide an overview of the Natural Law Resource Based Economic model and how it draws from the issues raised by the other speakers in offering credible solutions for a sustainable future.

The event will draw to a close with a brief Q&A followed by an action session allowing all participants to get involved with TZMUK or the many other featured organisations at the day and help to shape a better future together.

“It is far easier to light a candle, than to curse the darkness”
Ancient Chinese proverb 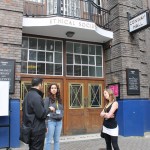 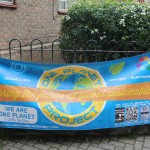 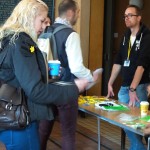 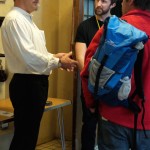 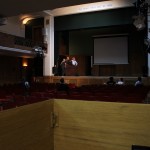 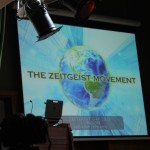 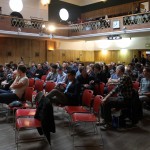 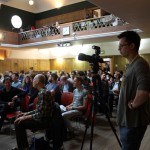 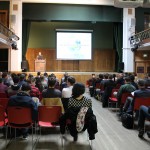 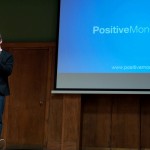 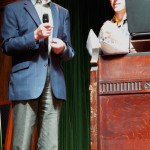 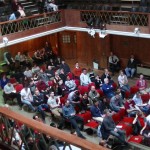 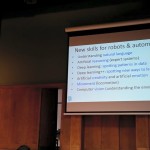 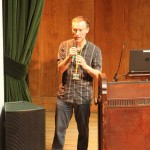 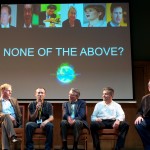 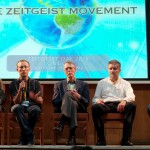 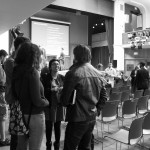 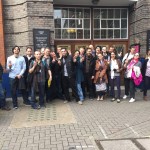 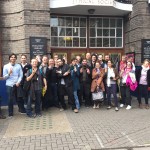 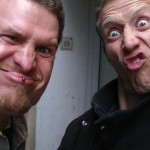 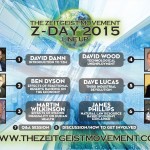 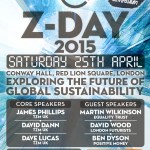 Thanks so much to everyone who attended ZDAY London this year. The vibe was incredibly positive and it was great to see so many new faces.

Lets make sure that the enthusiasm from the day stands the test of time and that we get the structure and movement sorted out for positive action for the year ahead starting with at least one information stall listed in our meetup page in the run up to the election.

Please sign up to our meet up and facebook pages to keep updated/get involved in the movement:

Positions that we need filling/members in are:

There were many new faces from around the UK at ZDAY. Please go to the websites above for advice on how to set up a chapter in your local area. We are in the process of making improvements to the UK site to help in this regard so please be patient with us.

70% of the world does not speak English so as a movement with a global perspective this team needs active members.

This co-ordinator role has been filled by Michael Lamb (Emboone) but he needs members to help in this team, especially with regards to setting up a media festival later on this year for TZM.

Reaching out to the press is essential and is an area we are falling short on. Another suggestion for activism is to phone in to talk radio shows to give a different perspective on topics discussed.

Mark Liberman is the London and UK street team coordinator so please get in touch with him via facebook or meetup to take on a role for the UK street team.

I (James Phillips) am heading up the UK lecture team and am going to post all relevant presentations to the UK site to download with accompanying source sheets. We need more people who can talk about these topics and actively book themselves at events to do precisely that.

Specifically we need a London based member for monthly town hall events at the Elixir bar in Camden.

7. TZM Education members for schools and university based initiatives.

Myself and Sara dos Santos Maio have finished www.tzmeducation.orgwhich is complete with all the information needed to go to Schools and talk to the next generations about this train of thought.

As for 3rd party organisations please see the following list if you would like to get involved with the good work they are doing to move humanity forward in a positive direction:

One People One World:
“ALL humanitarian goals can be achieved through the unity and global cooperation of the International Community.”
www.onepeopleoneworld.net/our-principles-and-goal/

UK Collapse:
“Finding ways of engaging with the public to help educate and promote a Resource Based Economy.”
www.linkedin.com/company/uk-collapse

Transition Towns / Transition Network:
“Transition Network is a charitable organisation whose role is to inspire, encourage, connect, support and train communities as they self-organise around the Transition model, creating initiatives that rebuild resilience and reduce CO2 emissions.”
www.transitionnetwork.org/about

Positive Money:
“Positive Money is a movement to democratise money and banking so that it works for society and not against it.”
www.positivemoney.org/about/

Equality Trust:
“UK income inequality is among the highest in the developed world and evidence shows that this is bad for almost everyone.
The Equality Trust works to improve the quality of life in the UK by reducing economic inequality.”
www.equalitytrust.org.uk/about-us

Open Source Ecology UK:
OSE is a movement dedicated to the collaborative development of toold that enable open access to the best practices of economic production – to promote harmony between humas and their natural life support systems, and to remove material scarcity from determining the course of human relations, globally and locally.
opensourceecology.org/wiki/OSE_Europe/UK

Online platforms
Vocal Eyes:
VocalEyes is a digital tool that provides a transparent, democratic and engaging process for improving your organisation or local community.
about.vocaleyes.org/

Freecycle Network:
It’s a grassroots and entirely non-profit movement of people who are giving (and getting) stuff for free in their own towns.
www.freecycle.org/

And no doubt many many more but you get the picture.

Once again a huge thank you for a great day and here is looking forward to the year ahead.